Blessings & Healing Vibrations for Earth Day! While so many of us celebrate the earth everyday and live our lives in ways that are sustainable and green, this day should still serve as a collective reminder of how much work there is to do. Given the urgency of this struggle to save the planet (quite literally) from human-made destruction, we must do whatever we can to spread awareness, raise consciousness, and hold leaders accountable. People of color around the world and countries most affected from environmental degradation in the Global South have already taken the lead in these movements for environmental justice.
Democracy Now took time today to reflect on these very issues:

As the world celebrates Earth Day, Bolivia is about to pass the world’s first law that grants nature equal rights with humans. The Bolivian delegation to the United Nations urged the global body to adopt a similar law during this week’s Harmony with Nature conference. This week also marks the one-year anniversary of the BP oil spill; next week, the 25th anniversary of the Chernobyl disaster. Radiation levels around the Fukushima nuclear plant in Japan remain high. As these disasters multiply, Latin American countries such as Bolivia have taken the lead in adopting measures to protect the environment. Ecuador has also adopted a resolution protecting nature.
We speak with two renowned environmental justice activists: Maude Barlow and Vandana Shiva. Maude Barlow is the head of the Council of Canadians, Canada’s largest public advocacy organization. Barlow is also co-founder of the Blue Planet Project and chair of the board of Food and Water Watch. Vandana Shiva, world-renowned environmental leader, feminist and thinker from India, is the author of many books, including Earth Democracy: Justice, Sustainability, and Peace and Staying Alive: Women, Ecology, and Development.

Let's take time to reflect on the work of these amazing women - and honor them and the earth. Let us think about what it means to define the rights of the Earth and what it would really mean to protect these rights or what we can call Earth Democracy. In this interview, Amy Goodman asks Vandana Shiva what "earth democracy" means, and she defines it this way:

For me, earth democracy means, first, recognizing the fundamental fact that we are part of nature, that human rights and nature’s rights are not separate, because we are just one strand in this amazing mystery and miracle that the earth has created in terms of life. But earth democracy also means democracy in the everyday life of people, exercised daily by ordinary people, not the once in a five-year or four-year election, because everywhere around the world, we are seeing, you can bring someone to power, and they don’t represent your will anymore.

So, democracy under corporate control has mutated from "of the people, by the people, for the people" into "of the corporations, by the corporations, for the corporations." In this country, I watched how Wisconsin suddenly became a playground for destruction of democracy and destruction of the fundamental rights of collective bargaining and public services and public domain, only because there is this corporate pressure on privatizing everything and preventing people from exercising their democratic rights.
So, it’s the democratic rights of the people and the earth versus the fictitious corporate rights that corporations have assigned to themselves, and now they’re costing the earth and people too much. They’re bringing nothing in return. It used to be the case that when General Motors put out a car, it gave employment. It even gave salaries so people could buy that car. Today, the corporations give nothing back to society. They just take from nature, take from society, and want to rubbish this planet and rubbish our lives. And I think people are getting fed up. The entire rising in the Arabic world is part of that fed-upness. 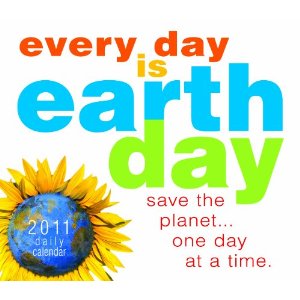 Posted by Angelique at 2:16 PM