Too much to catch up on ...  reporting back on the second part of summer travels in "Epic Journeys, part two" still in progress.  But in the meantime, I wanted to share a poem I wrote last Fall and finished this summer...

I saw Grace Jones in concert last October for the first time, and I was in awe and wonder of her being, and so I thought a lot about my mother and her being...  My mother's middle name is Grace and she was a performer too - she danced in a Cabaret show on Paradise Island in the Bahamas in the late 1970s and early 1980s.  But things didn't work out so well for my mother in those spaces and in her life for all kinds of reasons...  and so that's what came out in this poem - imagining what kind of inspiration Grace Jones might have been for my mother.  There were all these moments during the concert that made me think about this -  especially as Grace Jones' son was on the stage playing in her band, and I wondered what it must be like to be her kid...  this made me think of these relationships between sexy empowered mothers and their children even more - and their similarities as fierce and beautiful... misunderstood women... in the context of all the controls over Black women's bodies - also thinking about their differences - Grace Jones as a dark skinned Black women and my mother as a light skinned Black woman...  yet I see something similar in the performance and defiance of their bodies in a time/space we continue to grapple with in the context of our search for sexual freedom. 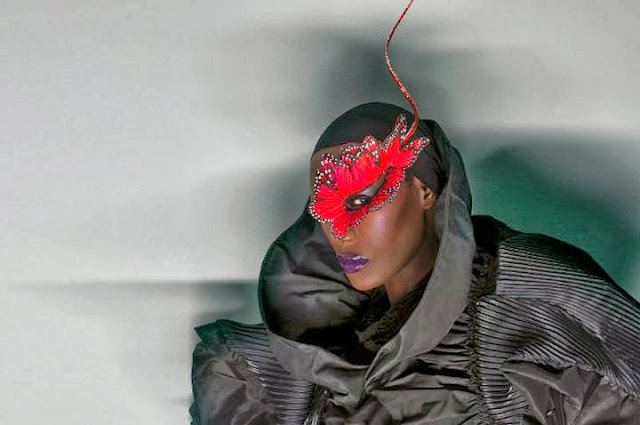 I see you Grace Jones
on this late October evening
blessing us at Roseland, New York City
for two loving hours, gripping us with magical
transformations, dazzling us in the light
bending to your will, smooth and rough,
like your powerful voice,
each hat, each accessory
defying gravity.

I see her in you, you in her
my mother, Kim Grace Louise,
imagining that she was
or could have been
like you
if only, she had been able
to be
her full self
and thrive.

There is such danger in being a Black woman
in charge of her own self, in love with her own dynamic flesh,
(dangerous loving our black selves, especially in the dark, but we must love our flesh, we must love all our flesh and each others’ flesh in all hues, tones, spaces in between),

she so comfortable in her dark vibrant skin
she so confident in her sexy lifeforce
she so defiant in her raw sassy voice
rock star in freakdom performance,
genius and unafraid

creating rhythms out of chains
people attempt to place, name
and capture you, as you remix them
words sounds movement in brilliant ecstasy.

I see you playfully and subtly
yet forcefully using your voice
as weapon
as choice
as force to be
never contained
living wildly, breaking through, madness
carving space to be more than
exploding categories
the definition of fierce

you are hurricane force winds
escaping from restraints of mind body control
your images have haunted me
reminders ever so slightly of her.

I see you in her, her in you
I wonder if she found you as a teenager
as a dancer with starry dreams
as a young woman growing up as she raised me

looking up to you as a symbol
of freedom
a path to wholeness
amidst the haziness
of never being enough.

I imagine her looking up to you
seeing the grace in you through
her eyes, her voice, her body

she was always the storm
raging fyah nestled in love
and ever defiance
she was everything yet nothing like people said
she was outrageous, flamboyant, and (sometimes) free
in the ways she could be

she was graceful fyah
whipping her soul around spreading
herself to thing of desire, dancing
yet reeling herself tightly
into a ball twisting upon self protection
shell exterior tough

with all this Yemanja and Oya power
I see you both casting whips and spells. 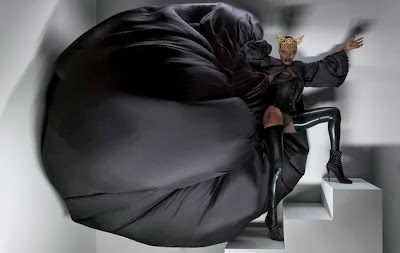 Posted by Angelique at 5:19 PM