The past few months have flown by...  winter blues into the promise of spring... I've been immersed in teaching and organizing...  too busy for words...  The devastation in Haiti and my work with Haitian-Bahamian Solidarity has occupied much of my mental space and writing time outside of teaching.  All worth it and necessary.
So many things have happened. So many things to write about and to engage with...  that I've been at a loss for words. Writing has been hard for me lately. Not sure why. I've been on a long hiatus from my blog writing... and its been rough... I've missed this space... and I have started a few different pieces but never got the chance or made the time to finish them... and so I need to play catch up...  need to reconnect with my public writing space. 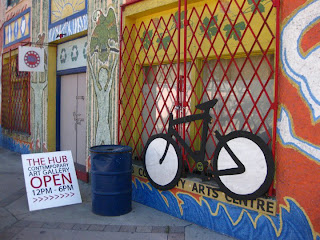 I've had a number of really successful ventures, readings, events, and such - particularly in March. I went home for a much needed, over-due visit with my fam/friends. At the same time, I was fortunate to be featured in a cross-disciplinary exhibition at The Hub - called "A Sudden & Violent Change" - which paired 10 literary and 10 visual artists in a project dedicated to envisioning change - as part of the Annual Transforming Spaces Art Tour in Nassau. My two sister poems on Haiti, migration, and Haitian Bahamians ("Unrest" & "Sip n' Talk") were featured, and the Haitian-Bahamian visual artist Jackson Petit responded to them. He created the a brilliant video response to my poems using water, his body, and other elements. It was truly inspiring to see what my poetry evoked from Jackson. And I was honored to have our work on exhibit together. I attended the opening and got to experience people's engagement with the work. The entire exhibit was powerful, unique, and really moving. A number of writers engaged with Haiti in the context of The Bahamas. It was groundbreaking in many ways.  A book from the exhibit with the artwork and the literary work was published by Poinciana Press. Here are a couple photos from the opening night. The second photo includes a shot of Jackson's video stills titled "San" 1 min 14 sec. 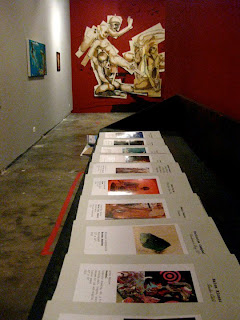 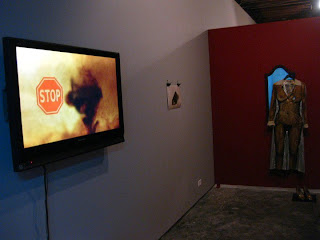 Also in March, I had the great fortune of opening for Martin Espada at University of Connecticut for an event called "Political Poetics: Contemplating Kazi Islam Nazrul’s Legacy" - to contextualize the socially conscious and politically active work of the late Rebel Poet Nazrul for the annual lecture held at UConn. This was incredible - and such an honor to share the stage with the brilliant poet Espada - whose work continues to inspire me. All of this sharing of my work has made me focused on revision and really engaging with performance. I also organized an event for NYU's Africana Studies - the final part of a 3 part series on Race, Identity, and Blackness in the U.S. - titled "Tangled Origins" - which included both conversation and performance. I worked really hard to make sure this event vexed the boundaries of academic and my vision was set to trouble the division between the academic and the creative. The event was a success - with a really productive conversation and exchange among writers, musicians, activists, teachers, scholars, and poets. It was really beautiful. And I plan to keep doing this work.


There is more to share and more to say. I just got back from the Association of Caribbean Women Writers and Scholars Conference - in Baton Rouge, where I did a performance panel with two friends/colleagues. And this was my first time doing a performance piece in a group. It was called "Points of Encounter: The Body as Text in Caribbean Women's Performance Art" - and it was something very new for the conference itself - and new for me in many ways. I feel as if I'm certainly building and forging a space for myself in between all the spaces  in which I exist. But more on that later...


In the mean time, I'm back on my conscious vibration writing! Summer soon come!
Posted by Angelique at 8:40 PM